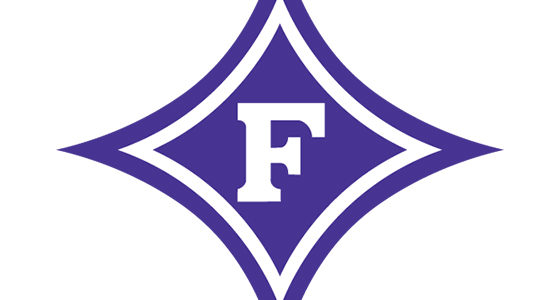 Furman Basketball Returns To Its Roots, Downtown Greenville, With ‘Weekends at the Well’

Furman basketball will return to downtown Greenville during the 2019-20 season with three “Weekends at the Well” at the Bon Secours Wellness Arena, it was announced by Paladin athletics director Jason Donnelly in a press conference on Thursday morning at the arena.

“Furman basketball belongs to Greenville and we believe that ‘Weekends at the Well’ will strengthen our connection with the city and the Upstate community and allow the basketball programs to return to their roots,” said Donnelly. “With Furman University now having more alumni in Greenville than in any other market and with Bon Secours Wellness Arena set to host the NCAA Women’s Regionals in 2020 and NCAA Men’s First and Second Rounds in 2022, it is a great time to paint the town purple! Our men’s and women’s coaching staffs are building teams capable of winning Southern Conference titles and earning NCAA Tournament bids this season and we want the city of Greenville and the entire Upstate to join the Paladins on this journey.”

The Furman men’s basketball team will host perennial Big South Conference contender Winthrop downtown on December 14, before entertaining Southern Conference rival UNC Greensboro at “The Well” on January 11 as part of a doubleheader with head coach Jackie Carson’s Furman women’s team taking on Samford prior to the men’s game. Head coach Bob Richey’s men’s team will conclude this season’s “Weekends at the Well” series with a noon tip-off versus instate rival Wofford on February 22.

“Bon Secours Wellness Arena is thrilled to host a series of Furman Paladins Women’s and Men’s Basketball games this season,” said Beth Paul General Manager of Bon Secours Wellness Arena. “With an already outstanding partnership, “Weekends at The Well” will only heighten the Arena’s relationship with Furman University, as well as put a spotlight on the success of their basketball programs. We look forward to reconnecting Paladin basketball with downtown Greenville, and to creating a best-in-class experience for Furman’s student-athletes, coaches and athletic staff, faculty, alumni, fans, and students.”

Season tickets for 2019-20 Furman basketball, which include each of the Paladins’ three appearances downtown, are on sale now at FurmanPaladins.com and start at $110. Four-game packs, featuring Furman’s men’s and women’s games at the Well, are available now at the GSP International Airport Box Office at Bon Secours Wellness Arena and start at $60. Ticket packages will be available online early next week. Full ticket information is available on the “Weekends at the Well” page.

“Playing games at the Well is a great opportunity for us to go into Greenville, which is something that is consistent with our mission, instead of asking the Greenville community to come to us,” said third-year Paladin head coach Bob Richey. “We’re blessed with one of the best cities in America, and we have a beautiful facility in the Bon Secours Wellness Arena that is an NCAA Tournament venue and sits right in the middle of Greenville. We want to go into our great city and connect with everyone and let them be a part of what we are trying to do.”

Furman basketball called downtown Greenville its home from its inception in 1908 until the closing of the Greenville Memorial Auditorium following the 1995-96 season. Prior to its move into the Auditorium, Furman played its home games on East Washington Street at Textile Hall, the site of Frank Selvy’s historic 100-point game on February 13, 1954. The Paladins’ last regular season games in downtown Greenville came during the 2006-07 campaign when they hosted Davidson and College of Charleston at the Well.

Bon Secours Wellness Arena, which opened in 1998, hosted NCAA Tournament First and Second round action in 2002 and 2017. The Well will host the NCAA Women’s Regional this season before again welcoming the NCAA men’s first and second rounds back to Greenville in 2022.

Furman, coming off of a record-setting 2018-19 season that included an upset of 2018 NCAA Final Four participant Loyola Chicago, a victory at defending national champion Villanova, a school-record 25 wins and an NIT berth, will open the regular season on November 5 at 2019 NCAA Tournament participant Gardner-Webb before welcoming Loyola Chicago to Timmons Arena for the home opener on November 8.

» Press Releases » Furman Basketball Returns To Its...
On October 3, 2019
By Justin White