The Greenville Arena District is managed by a Board of Directors, who are nominated by the County Council and then appointed by the Governor of South Carolina.

Mr. Patel is the Vice President of Operations for Sycamore Investment Group where he leads the operations teams for the Home2 Suites Greenville Downtown and the Holiday Inn Express & Suites.  Mr. Patel was born and raised in Greenville and is a graduate of The University of South Carolina with degrees in Finance and HR Management.  Prior to joining Sycamore Investment Group, Mr. Patel was the Sr. Operations Officer for the Office of the Executive Vice President for the American Red Cross in Washington D.C.  In this role, he was charged with managing catastrophic disaster resources plan to better allocate resources between sixteen departments, conducting training seminars, and reducing budgets.  Since returning to Greenville, Mr. Patel is actively involved in the Greenville community and currently serves on several boards, including the American Red Cross – Greenville Chapter, VisitGreenvilleSC, Euphoria, and the City of Greenville Accommodations Tax Committee.

Mr. Russo was born and raised in the Pittsburgh area. He is a graduate of The University of Pittsburgh with a Bachelor in Business Administration. Dante is the Principal Agent of SDR Insurance which is a property and casualty insurance company located in Greenville. During his free time he enjoys traveling, going to the gym, and watching his beloved Pittsburgh sports teams. He is very involved in the Greenville community and currently serves on several boards and advisory councils. 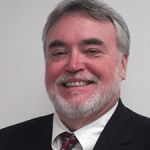 Mr. Dyer is the owner of MSI, Inc. He is a graduate of Georgia Southern University with a Bachelors of Science in Technology. His previous volunteer experience includes the BMW golf tournament, Fall for Greenville, Ruritan Club, Greenville County Future Planning and Habitat for Humanity. 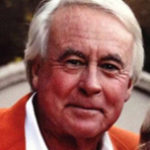 Jimmy Pittman is a native of Greenville, South Carolina.  Following graduation from Clemson University, Jimmy was employed by Daniel Construction in Greenville.  Over the next 27 years, during his employment with Daniel Construction, he had various assignments within the United States.  While residing in California, he served as the Director of The World Affairs Council of Orange County, the Director of Orange County Office of Protocol, and the Chairman of the Orange County Sheriff’s Advisory Council.  He returned to Greenville in 1993 to manage the Facility and Plant Services Company, a subsidiary of Fluor Daniel.  Since 1997 he has owned and managed various property management, facility management, and maintenance companies.  Mr. Pittman currently owns Maintainit, Ltd., a facility management and maintenance services company.  The company is based in Greenville and has operations throughout the upstate.  He has previously served on the Board of Directors of Regent Bank of South Carolina, the Board of Directors of Woodruff Corporate Center, and the Board of Visitors at Clemson University. 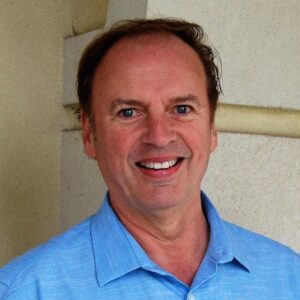 Neil Smith, one of the most highly-regarded executives in the National Hockey League, is the former President and General Manager of the 1994 Stanley Cup champions, The New York Rangers. From 1989 to 2000, the Rangers captured three division titles, two Presidents’ Trophies and one Stanley Cup Championship. In 1992, he was promoted to the position of President and General Manager, Neil continued to improve the Rangers when he signed the greatest player in the history of the National Hockey League as a free agent, bringing Wayne Gretzky to the Rangers on July 21, 1996. He acquired ownership of the ECHL’s iconic Johnstown Chiefs in 2003 and subsequently moved the team to Greenville, SC in 2010 where he was President, General Manager and Governor of the Greenville Road Warriors.

Amber Drummond is a graduate of Clemson University where she obtained a degree in accounting. After graduation, Amber served four years as a police officer with the City of Greenville before joining Hubbell Lighting as a Pricing Analyst. She is an active volunteer with the United Way and with Shady Oak Baptist Church. In her spare time, she enjoys cooking, traveling and playing with her two young sons. 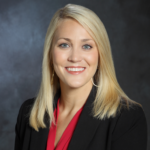 Mrs. Moore was born and raised in Greenville. She received her Bachelor’s Degree in Political Science from The University of South Carolina. She later received her Master’s Degree in Public Administration from Clemson University. For nearly a decade, she began her career working for the City of Greenville. She is currently employed by The Carolina Time and Parking Group as an Account Executive. During her free time she enjoys spending time with her husband (Josh) and two young sons (Jackson and Harrison). 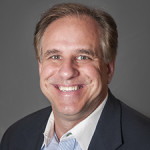 Mr. Formanack is the Corporate Controller for Cafe Enterprises, Inc. in Greenville, SC. He is a graduate of Southern Wesleyan University with a Master’s in Business Administration.  His previous volunteer experience includes the Arena District Commission Board since June 2007, Deacon at Heritage Bible Church, Missions for Haiti Board Member and a Youth Soccer Coach.

The GADPFMC is a subset of the Greenville Arena District Board. Its members include:

The Greenville Arena District has a strong tradition of bringing high quality entertainment to Greenville since 1940. It hosts over 100 events and 400,000 people each year.

The Lions Club began the Memorial Auditorium project in 1938. Even with the clubs active support it took over twenty years to complete the project, including delays from two wars, lawsuits, and many disagreements over design elements. The Greenville Memorial Auditorium opened its doors, before completion, and held its first event, a basketball game between Furman University and the University of West Virginia on December 1, 1958.

The Memorial Auditorium held concerts for three decades for some of the “who’s who” of American popular music-, including James Brown, Aretha Franklin, Tom Jones and Chuck Berry. Conway Twitty appeared first with Loretta Lynn and then alone. Johnny Cash and Barbara Mandrell also played at the GMA.

On October 19, 1977, Lynyrd Skynyrd played at the Auditorium and ended their performance by singing “Freebird” for over twenty minutes. The next day, lead singer Ronnie VanZant and band members Steve and Cassie Gaines were killed in an airplane crash.

The Memorial Auditorium stood at the corner of East North Street and Church Street near Christ Church until the late 1990’s. The Bon Secours Wellness Arena (formerly BI-LO Center) was opened on September 13, 1998 and has hosted award winning artists such as Bruce Springsteen, Billy Joel, George Strait, The Eagles, Carrie Underwood, Kenny Chesney, Usher and events like the Ringling Brothers and Barnum & Bailey Circus, Trans-Siberian Orchestra, WWE, Disney on Ice and Winter Jam.

The latest news regarding the Greenville Arena District and the GADPFMC.

Check here for Building Notices for the Greenville Arena District.

GAD Board of Trustees Meeting

Send Us a Message